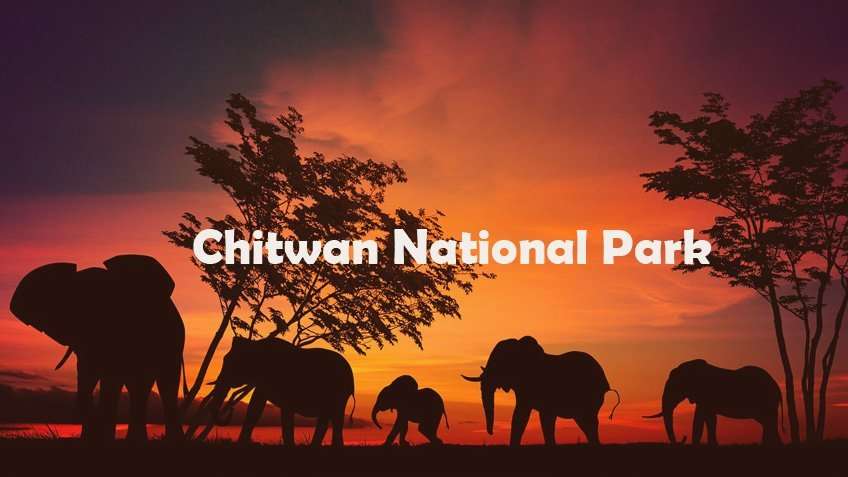 Chitwan National Park is undoubtedly one of the most visited National Parks of Nepal. This last fiscal year, Aug 2017 to Aug 2018, more than 95000 tourists visited the park, which is a rise in the number, in comparison to the fiscal year before that. The reason why so many tourists visit the park is that there so many things to see and do here.

One of the most crucial features of the park is its rich fauna. Altogether, 700 species of animals are found here, which includes 68 species of mammals, 17 species of reptiles, 113 species of fishes, a huge number of undocumented species of insects and so on. Similarly, 543 species of birds are recorded to have been found in the region.

The most popular animals include Bengal Tiger, One-horned Rhinoceros, Sloth Bears, Yellow-throated Martens and so on, and that of birds include Eastern Imperial Eagle, White-throated Kingfisher, Bengal Florican, Oriental Darter and so on. 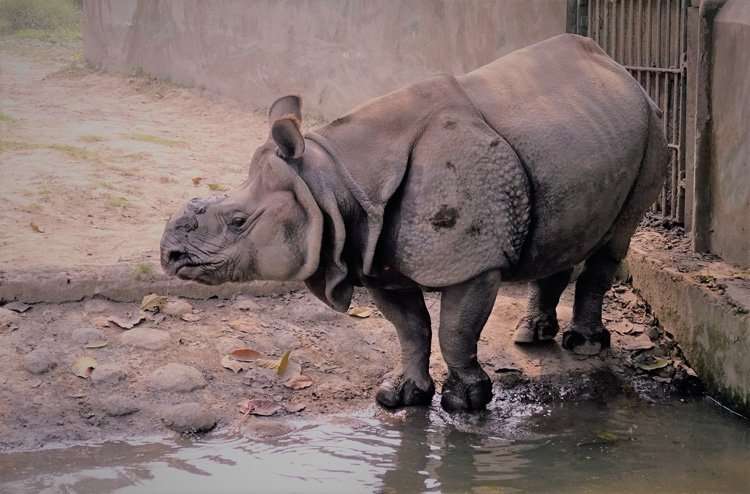 The park is also known for the different species of flora that are found mainly in the forest area. Few of the well-known species of trees include Chir Pine, Rosewood, Grey Downy Balsam. And that of grasses include Giant Cane, Khagra Reed, Kans Grass and so on.

Due to its biological and ecological significance, and its outstanding global value, Chitwan National Park is also a UNESCO World Heritage Site. It was awarded the esteemed title in the year 1984.

Things to do in Chitwan National Park

Taking the elephant ride in Chitwan National Park is the best kind of Jungle Safari in Nepal, and one of the most amazing ways to explore the park. The ride lasts for almost 2 hours, and in this time you come across numerous wild animals. The mahout takes you through major sections of the forest area, where animals are mostly sighted. The attractions are animals like one-horned rhinoceros, wild boar, deer, different birds, and so on.

Also, getting close to the mahout will give you a special advantage, as you’ll get to hear various facts about animals, mainly the elephants. They also tell you the incidents that have occurred in the jungle and give you special tips – what you should do and what you shouldn’t, all of which is very interesting to hear.

The elephant ride offers you an amazing experience altogether, moving around the forest and enjoying nature in comfort. You’ll surprise by the gentleness of these beasts! 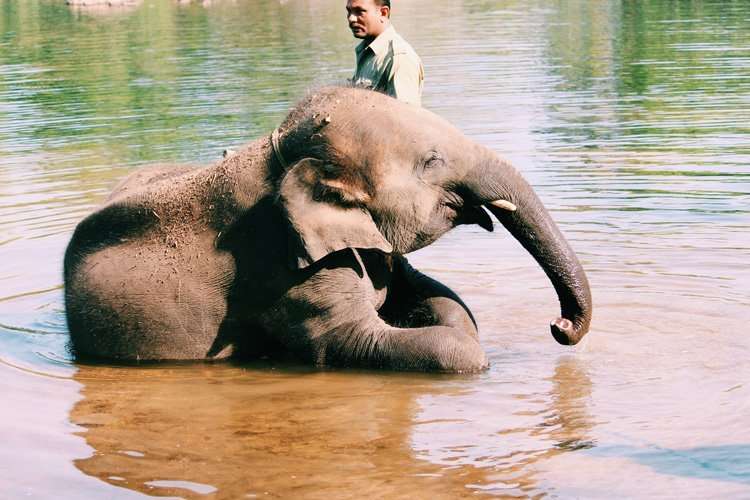 Go for the Boat Ride

The main highlights include fishes, crabs, gharials, snakes (if any), tortoise, and so on. You may also come across birds and quite a few land-based animals who come to the water sources to drink water.

Quite like the mahout guiding the elephant, the boat operator is also generally friendly. They know about the area very well, and it’s often a great experience to talk to them. And find out about different animals and birds in the area. 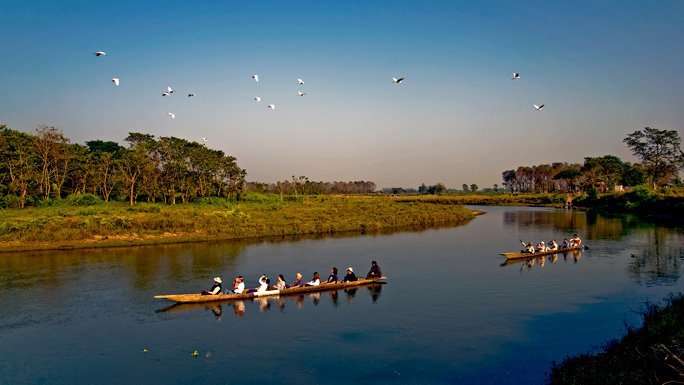 The hotels, resorts and culture centers at Chitwan organize cultural performances time and again to entertain the guests visiting the place. They mainly present dance performances that are based on Tharu cultures and traditions, the indigenous tribe of people living in the region.

Men and women dance together on traditional music, and it’s an absolute delight to watch them do so. Apart from entertaining the guests, their objective is to spread awareness among the people about the ways of Tharus, their culture, and traditions altogether. 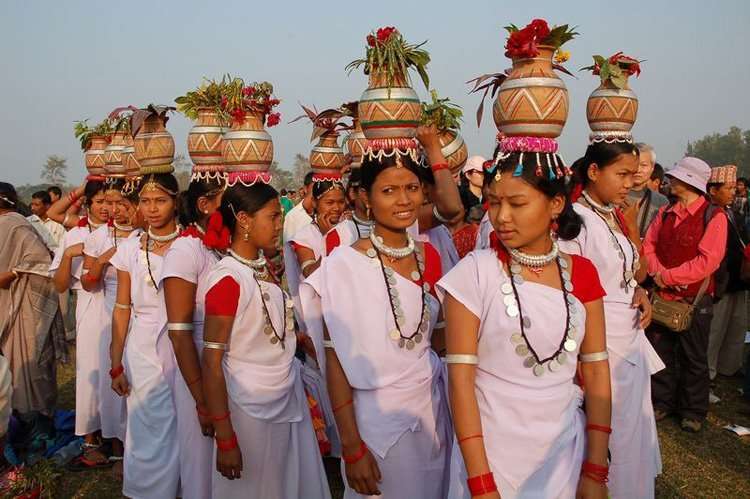 Two of the most interesting places to visit in Chitwan National Park are Elephant Breeding Farm and Tharu Cultural Museum. Elephant Breeding Farm lets the visitors get up-close to the elephants, and helps them know about the breeding process. It’s fun and knowledgeable to watch how the young elephants are breeding and trained to serve their mahouts and other visitors.

Tharu Cultural Museum, on the other hand, helps you explore even further about Tharus, their cultures, and traditions altogether. The museum is full of things like their dresses, ornaments, tools, model houses and kitchen. It gives the visitors an in-depth idea about Tharus. They can also request a museum representative to talk them through all the displays and help them understand what’s there in detail.

Rejoice with the Hospitality of Resorts

Finally, at the end of the day, when there’s nothing much to do. The tourists can sit back and relax at sunset spots. And enjoy the hospitality offered by the hotel or the resort they’re staying in. The best thing to do is trying local delicacies with the cool beverage.

Chitwan remains hot almost throughout the year, apart from November to January. So taking a dip in the pool could be yet another relaxing thing to do. Basically, the hotels and resorts are popular for their excellent services and enjoy them to the fullest. 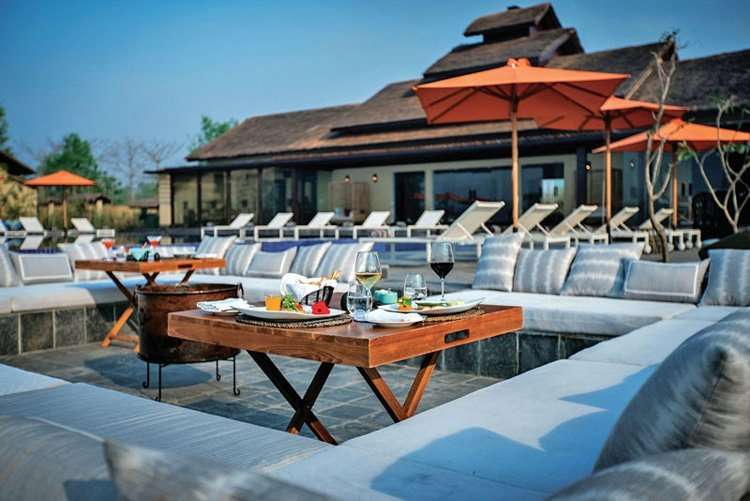 The park receives tourists all around the year. However, during rainy seasons, certain activities may not be available.

The best time to visit Chitwan National Park, according to tourists, is from October to March. During these months, the skies are comparatively clearer, due to the recent rainy season.

If you are particularly interested in animals, the best time to visit is from January to March. During this time, the tall grasses, blocking the visibility in other seasons, are all cut down.

Kumar Lama
Kumar Lama is a founder of Himalayan Exploration Treks Pvt. Ltd. He is leading a team of travel professional offering tailor made travel services across Nepal, Tibet and Bhutan.
Previous postBest Things to Do in Pokhara: City of Lakes
Next postConquer Your Mind: Best Yoga Retreat in Nepal