7 Things To Know Before Your Langtang Kyangjin Gompa Trek

7 Things To Know Before Your Langtang Kyangjin Gompa Trek 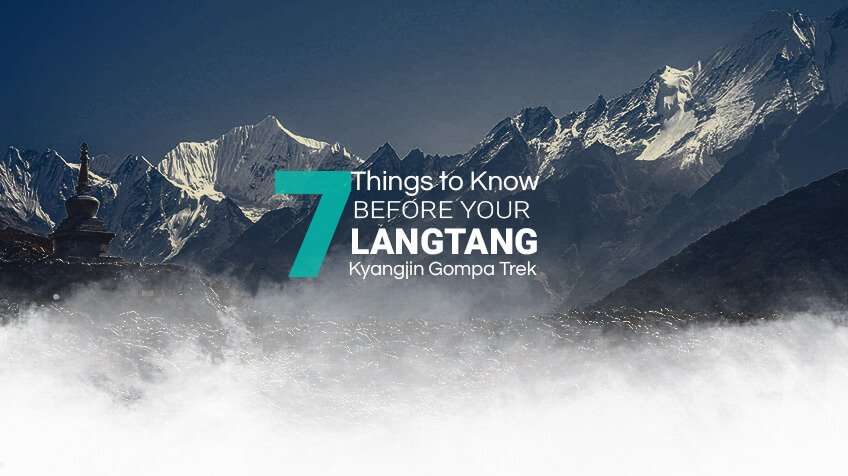 Attractions Of The Trek

The core trekking is only 7 days long. However, by adding a couple of days to your itinerary, you can visit significant tourist highlights such as Gosainkunda Lake (4380 m), and Ganja La Pass (5132 m). You can also modify the itinerary, and go for Tamang Heritage Trail Trek, Langtang Trek, and Gosainkunda Trek. All these are variations of Langtang Valley Trek Itinerary.

Kyangjin Gompa is the most important Buddhist pilgrimage site in the region. The area consists of a monastery and the settlement surrounding the Gompa. Trekkers usually spend a day here for acclimatization purpose. Apart from resting, you can also move around a bit, and take side trips to reach the top of Tsergo Ri (4980 m).

Langtang Kyangjin Gompa Trek is a part of Langtang National Park, which is one of the richest conservation areas of Nepal when it comes to wildlife and vegetation. The park is home to animals and plants such as red panda, musk deer, oak, pine, maple, fir and so on. The peaks of Dorje Lakpa and Langtang Lirung happens to fall in the park. It is also the home to Gosainkunda Lake, which has high regard among Hindus all across Nepal.

Places Covered In The Trek

Langtang Kyagjin Gompa Trek takes you through the settlements of Syabrubesi (2380 m), Langtang Village (3430 m), Thulo Syabru (2150 m), Dhunche (2030 m), Lama Hotel (2610 m), and so on. These beautiful villages are full of interesting people, their cultures and traditions. You’ll definitely love spending time in these places.

Safe After The Earthquake

The earthquake that occurred in April 2015 caused a lot of damage. A lot of people in the region died; the entire villages were leveled with nothing left, and for quite some time the route was considered dangerous and closed. However, things are much different now; it’s completely safe at the moment. The settlement areas have risen from the ashes, all ready to serve the guests. Batches of tourists have trekked, and have had a great time here.

Langtang Kyangjin Gompa trek hasn’t yet been commercialized or crowded the way Annapurna Base Camp, or Everest Base Camp has. The earthquake has a major role to play in it. Considering its capacity, one might think of this area as a region that isn’t fully explored yet.

Himalayan Exploration offers the best trekking and tour packages to all major tourist destinations of Nepal. The company has years of experience serving tourists and boasts of a team of highly experienced travel experts. Consider Himalayan Exploration if you’re thinking of going for Langtang Kyangjin Gompa Trek.