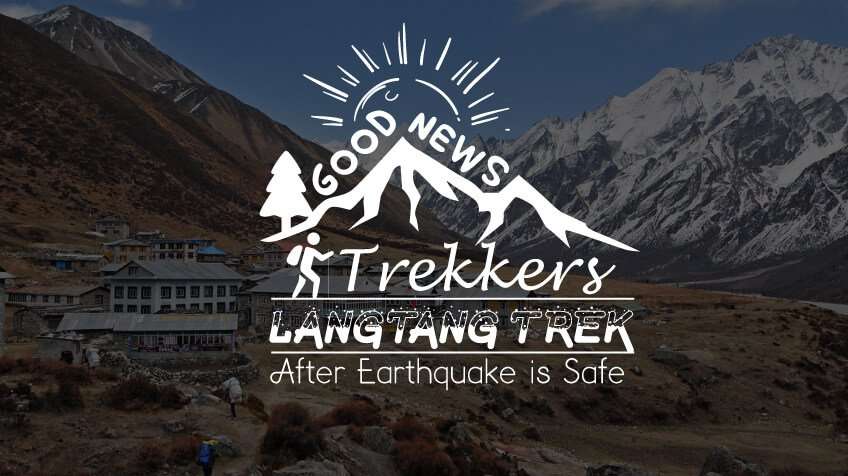 The Impact Of The Earthquake

The massive earthquake of 2015 sure brought Nepal on its knees. It caused around 9000 people dead, thousands injured or adversely affected, and 7 lakh people pushed into poverty. Nepal’s growth rate decreased from 6% to 2%, and 7 billion dollars are required to neutralize the damage.

Along with all the other sectors, Tourism sector suffered up to a great extent as well. The number of tourists visiting Nepal dropped significantly. Many cultural and religious heritages considered tourist attractions turned into rubble and dust. The people who’re involved in the tourism sector had to take some time out and shift their focus from the tourists to their families and countrymen.

Trekking especially was impacted. One of the greatest attractions in a trek are the different settlement areas in the hills. Those villages were devastated by the earthquake; few of them even vanished from the map. The business there lost their capacity to serve the visitors. Altogether, for quite some time, the activity halted.

More than three years have passed now and everything seems to be coming back on track. The people rebuilt the damaged properties, the ones who suffered got the aids, and all the industries, including tourism, have started to recover.

Though the hardships caused by the earthquake are still remembered. It seems like an incident that occurred in the distant past. The Nepalese people seem to be finally getting over it, as they haven’t just recovered, but are engaged in their respective professions in a full swing.

Trekking has also emerged as one of the most popular activities for tourists. The routes now are being walked upon by so many national and international tourists; the numbers are staggering. It should be safe to say that trekking routes have started receiving more trekkers than they ever did.

In the case of Langtang Trek after Earthquake, it was suspected that the routes and as well as the settlements were not safe to be traveled on or lived in respectively. The danger wasn’t just the earthquake, but also the avalanche and landslide that occurred as a result.

However, presently, the entire region can be considered safe, as no such calamities have happened for a long time. Also, along with the settlements, the tea-houses have also been established to serve the weary travelers and get the trekking route back on track. Their objective is to receive the swarm of trekkers, on and off seasons, like they used to before the earthquake.

So, if you’re planning to go for a trek during your holidays, choose Nepal Langtang Trek without a second thought. The entire Langtang Valley, with trekking routes such as Langtang Valley trek and Langtang Helambu Trek, is all set to welcome you. Without a doubt, Langtang Trek after Earthquake is completely safe and sound.

Kumar Lama
Kumar Lama is a founder of Himalayan Exploration Treks Pvt. Ltd. He is leading a team of travel professional offering tailor made travel services across Nepal, Tibet and Bhutan.
Previous postLangtang Trek 7 days: A Complete Guide For The Best Experience
Next postLimi Valley – The Hidden Gems of Upper Humla, Nepal

The Secret of Upper Dolpo That No One is Talking About

How to Plan the Perfect Summer Trip to Nepal