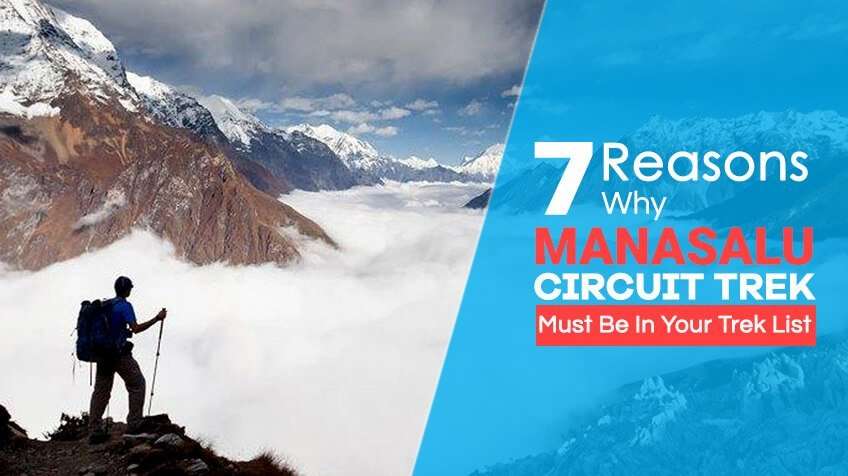 Despite being one of the most beautiful treks in the country, Manaslu hasn’t still been fully explored. Considering its potential and what it has to offer, it doesn’t receive as many trekkers as few other trekking routes like Annapurna Base Camp Trek or Everest Base Camp Trek. You’re going to find certain raw elements in the trek, which will definitely add goodness to your experience.

Samagaun (3530 m) is the major attraction of Manaslu Circuit Treks, as it is the base camp of Mt. Manaslu (8163 m). It is a very old Tibetan village and has a monastery and numerous chortens. You will find the people living here and their culture quite fascinating. During the trek, tourists get to spend a day here for acclimatization. So, they have the option to either rest or go on a visit to Birendra Lake and Pungen monastery.

Manaslu Circuit Trek route was one of those regions that were devastated by the 2015 earthquake. It was mainly the villages on the route that suffered, as most of them were wiped out of existence. Luckily, more than three years have passed, and people have been working together to re-establish them. A lot of them have been successful as well. The trek route has been declared safe and fully functional.

Places Covered In The Trek

The entire trekking route touches the Manaslu Conservation Area in one way or other. This gives trekkers a unique opportunity to explore rare plants and animals found in the conservation area. The area is known to harbor 33 species of mammals, 110 species of birds, 3 species of reptiles, around 2000 species of flowering plants, and many more. Few of the animals include Snow Leopard, Musk Deer, and Himalayan Tahr.

Attractions Of The Trek

Kumar Lama
Kumar Lama is a founder of Himalayan Exploration Treks Pvt. Ltd. He is leading a team of travel professional offering tailor made travel services across Nepal, Tibet and Bhutan.
Previous postSikkim Kanchenjunga Base Camp Trek: A Comprehensive Guide
Next postManaslu Circuit Trek After Earthquake Is Safe And Awaiting You