Mt. Everest Expedition is the highest peak in the world. It situated in the topographically and ethnically diverse country of Nepal at а height of 8848 meters. Mt. Everest receives about 1000 climbers the per year while a highly adventurous yet probably fatal climb, reaching the summit of this majestic peak is a feat. Since it had been successful ascent in 1953, after all, many successful and unsuccessful attempts have since been carrying out to reach the top of the world. But proper acclimatization, good physique, and sheer determination along with mental alertness are the basic requirements of the Mount Everest expedition.

After crossing crevasses and large chunks of ice reach at an altitude of 6400 meters at camp 1st whereas camp 2nd set up at the foot of the Lhotse Wall. Similarly, Camp 3rd is at an altitude of 7100 m and requires climbing over the Lhotse wall. Oxygen needs basically over the 3rd camp to the height of Camp 4th at 8400 m and above. Since it is passing through the southeast ridge, a careful ascends upwards to reach the summit. The top of the peak offers spectacular views of other mountains ranges and various landmarks looking small in comparison. Reaching the top of Everest might have fatal consequences, so know how’s of climbing and special precaution have to follow.

A dream of alpinist, climb the world’s highest peak, Mt. Everest
Experience the unique culture of the Sherpa people and their tradition
The classic climbing route on the world’s highest summit
Stunning views of Everest, Lhotse, Nuptse, Ama Dablam, Makalu and Cho Oyu

You will be transferred to the airport in the early morning as per flight schedule. 40-minute thrilling flights to the airstrip at Lukla by plane offers a marvelous view of Central and Eastern Himalayas and as well as beautiful landscape and hills. Lukla is a gateway to the Everest Region.
4

This is the second day of the journey. You will head to Namche after the breakfast. The trail leads you the northern valley of the Dudh Koshi River valley passing by several beautiful villages with their vibrant culture, peaceful forests and crossing over several bridges along the trail. Finally, you will get Namche.
5

This is an exploration day in Namche. Hike till Syangboche, a small airport in the region and consider as world’s highest one. Then hike up to 3800 m to see the Mt. Everest and other popular peaks. You will have proper acclimatization. In the afternoon, you may explore the village which
is more equipped with modern amenities such as the internet, phone, massage and more.
6

It is as usual after the breakfast in Namche trek to next destination Tengboche, a great monastery of the region where Mani Rimdu festival conduct in the month of October and many monks are meditation along the year. Enjoy with a magnificent view of thunder Himalayas. The trail goes regularly down to reach in Sansa where we confluence a junction to go popular trail to Gokyo valley and Everest Base camp. Gradually descend to the Dudh Koshi River traversing villages and pine forests and cross a bridge slightly uphill similarly to Tengboche. (Lodge)
7

A picturesque visit surround the Monastery and Himalayan scenery in the morning, as usual, start day journey toward Dingboche. An easy walk along day even in high altitude passes through several villages, Mani walls, and chhorten which influence the Tibetan Buddhism. Entering to Imja-Tse valley spectacular views of the mountain remains from Dingboche.
8

Acclimatization day! Exploring the village then climb up to viewpoint 5,000 m give us proper acclimatization. From the viewpoint, it offers spectacular mountain scenery including Lhotse (8,500 m), Island peak, Lobuche peak, Amadablam, and other major trekking peaks. Dingboche retains its beautiful fields and pasture in Imja valley. It is an important stage of the expedition. Dingboche is a good location for acclimatization. The team leader will organize daily outings to the adjacent hills with the aim of providing gradual acclimatization. Walk some of the nearby hills to slowly increase exposure to altitude. Follow the regime that you have previously found most suitable, to give you maximum acclimatization before arriving in base camp. While in Dingboche, we can attend a seminar on high altitude acclimatization at a hospital run by the Himalayan Rescue Association nearby Pheriche. The walk over to Pheriche and back will also serve as good acclimatization training.
14

An adventurous journey to Everest base camp from Dingboche remains it Himalayan views in 360° along the trail to Labuche. The trail seems easy walking due to the altitude it’s difficult to breathe during the walk. A steep walk through moraine of Khumbu glacier from Thukla to Labuche we encounter many prayer flags and monuments in the memory of a mountaineer who is deceased during the expedition.
15

The trail goes to Gorakshep along the edge of Khumbu glacier. The vistas of snowy mountains we still perceive. A small climbing of Changri glacier and zigzag trail get Gorakshep.

Easy walk to Everest Base Camp along the moraine of Khumbu Glacier and stunning views are remaining while ascending.
17

First part of the trail is steep descending up to River and passes same things while we have seen while ascending.
20

Day 62 - 64: Trek to Namche Bazaar via Dingboche and Tengboche.

The day is a just spare day in case of trouble to summit due to bad weather or altitude problem.
66 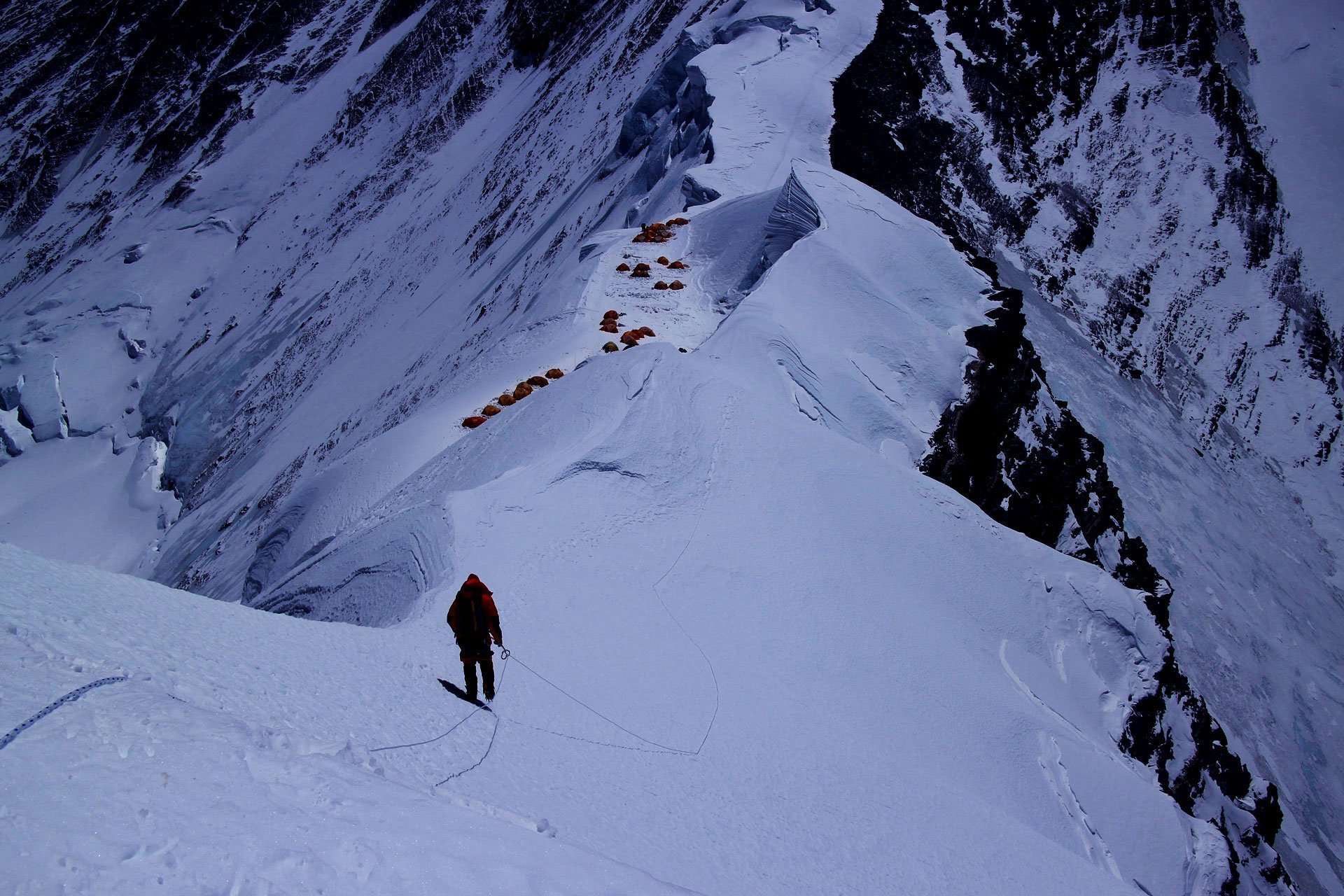 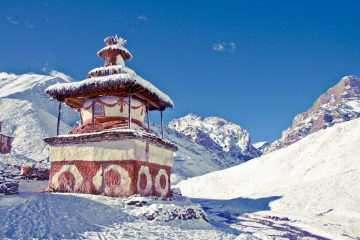 The Dolpo region is familiar with the
24 days
Demanding 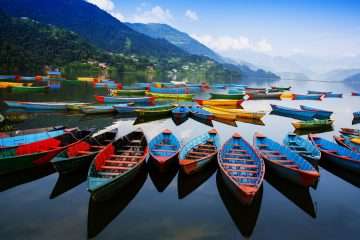 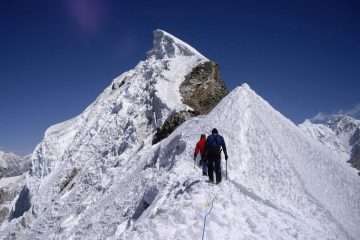 The Yala Peak Climbing is a comparatively
15 days
Extreme
$60,000
One tour per person
Early Bird! 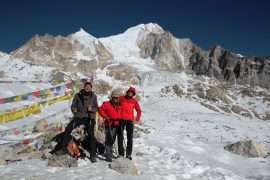