Tsum Valley Manaslu Trek lies between Ganesh Himal and Annapurna Himal bordering with Tibet. It contains three significant valleys in the whole Manaslu Circuit, including Tsum Valley. So, Tsum Valley Manaslu Trek offers а range of satisfaction. The three considerable valleys are Tsum Valley, Nupri valley, and Katung valley, but it had its characteristic features and opened for trekking recently. An unmatched, and traveled by the fewer tourists, but іt’ѕ unique features, cultures, monasteries with the antic treasure of arts being а popular destination. Manaslu Circuit Trek is also famous as the alternation of the Annapurna circuit, containing two significant valleys of Nupri and Katung.

Tsum Valley with Manaslu circuit trekking is not only containing religious and cultural aspects but observing exotic flora and fauna also. Although spectacular massif Himalayas and the Larkya La Pass. It makes the attraction for tourists and inspires them to break for а while near the Nepal-Tibet border. Here providing you essential information with some most thing need to do in the both Tsum Valley Manaslu trek. The Tsum valley Manaslu trek begins from Arughat Bazaar and passing through the low-land, and several villages that following the Manaslu circuit trek. And take another path to Tsum Valley from Ekle Bhatti. The unmatched settlements and dominated by Tsumbas people, culture, and religion that influence as similar to the Tibetan people. Then retrace the same route to join the trail of Manaslu Circuit.

The day of the departure to the Arughat is by local bus. A regarding drive through the countryside of Nepal will enjoy mountain scenery, forests, beautiful landscapes, and villages and get Arughat in the late afternoon.
4

The First day of the trek, walking through the new construction rough road to Sotikhola. Then we cross a bridge trek through the forests along the Budi Gandaki River passing by several villages, rice fields, and waterfalls and get Labu Bensi.
5

After breakfast, we will depart for Doban following the same river passing through the several villages and cross over the bridge several times in the same river along the trail.
6

As we arrive in Jagat stop for checking permit and cross a bridge walk along the bank of the river with an easy trail. Finally, cross a bridge over Budi Gandaki and climbs up to Philim village.
7

As usual as other days, after breakfast the trail leads an easy trail up to the Ekle Bhatti a junction to go Manaslu circuit trek and Tsum Valley Trek, We catch up right side way to get village of Lokpa which considered as lower Tsum
8

Today, starts the trek with descending to a stream then climbs up into pine and rhododendron forests with zigzag and difficult trails to get another settlement and cross a stream to get Chhumling
9

The trails goes gradually ascends through pine forest and cross suspension bridges over the stream; enjoy with a great view of Ganesh Himal and get Chhekangparo.
10

The trail goes gradually uphill walk to west bank of the valley in barren landscapes. We are very near to Tibet border while we arrive in Mu Gompa.
12

The whole day, we spent to visit Mu Gompa area. There is the largest monastery in the valley. The monastery is situated on the top of the Tsum valley afterward there is no settlement remains only barren Tibetan plateau.
13

After excursion Mu Gumpa we descend back the same trail following by shiar Khola Phurbe then turn a way to Rachen Gompa just opposite site of Lama Gaon.
14

The trail comes up to Phurbe then cross a bridge to get Lama Gaon and same way to Chumling.
15

The trails descend through the same route till Ekle Bhatti the cross a suspension bridge opposite bank of Tsum valley trek follows to Manaslu Circuit Trek passing through the small settlement of Pewa then get to Deng.
16

As usual as other days, we head to Namrung. After a short walk crosses a suspension bridge in Deng crossing over small settlements Rana and Bihi and pleasant walk to Ghap. We further cross Budi Gandaki River several times it comes across many monasteries on the trail. Finally, cross over a bridge a little walk to climb up to get Namrung.
17

Early morning, after the breakfast, we left the Namrung, an important viewpoint for Ganesh Himal and Siringi Himal in Nubra valley. The trail leads to Samagaon passing by several Tibetan villages with their primitive culture and peoples, Chhortens, monasteries as well as massif views of Manaslu en route.
18

Samagoan is an ancient Tibetan village, where we spend a day for rest and acclimatization. The village is enriched in culture and typical settlements. It is considered first base camp for Manaslu expedition. This day you allow exploring Birendra Lake, Pungen monastery, and village.
19

Today, we walk along the Budi Gandaki River in Tibetan plateau passing by several mani walls en route. Finally, we get Samdo.
20

Rest day in Samdo set up you proper acclimatization. The day allows you to discover the desert valley in Tibet border and hiking opportunities above the village.
21

Exploring the wilderness of Tibet border, we continue to walk to Larkya Base Camp and known as Dharamshala also. Today is a short day trek to Dharmashala enough time for acclimatization. There is the stone made the house not a lodge but kind of shelter called Dharmashala.
22

A short climb after we enter a valley on the north side of Larkya glacier. Horizontally, walk along the alpine valley leads Larkya – La at 5,218 m reward pristine mountain scenery of Annapurna and Ganesh Himal range then a long descend to Bhimthang.
23

As usual as other days, we start our trek in the early morning. Once, enjoy with great views of Mt. Manaslu, Lamjung Himal, and Himlung Himal. We descend towards Tilje passing through a high pasture, rivers, and rhododendron forests. Finally get in Tilije.
24

After exploring the upper Manang villages that lead you to join to Annapurna Circuit Treks part at Dharapani passing by beautiful villages, stones paved trail, mani walls and Chhortens then take a trail along Marsyangdi River to Taal.
25

After crossing a suspension bridge come across Chamje. And the trail goes along the Marsyandi River valley which opens beautiful landscapes, villages and dense forest of pines to Shyange. Then once across a suspension bridge over Marsyangdi river then take a trail in the Marijuana field at Ghermu Phant continues to walk through the small villages, waterfalls, steep climb vertical rock-face getting Bahun-Danda.
26

The last day of the walk that leads Bensi Shahar passing by the small village of Ngadi in Marsyangdi valley get to Bulbule and walk along the road to Beshishahar.
27

This is scenic drive passing through the several villages, rice fields, vegetation, the river as well as beautiful mountains and gets in Kathmandu in the afternoon.
28 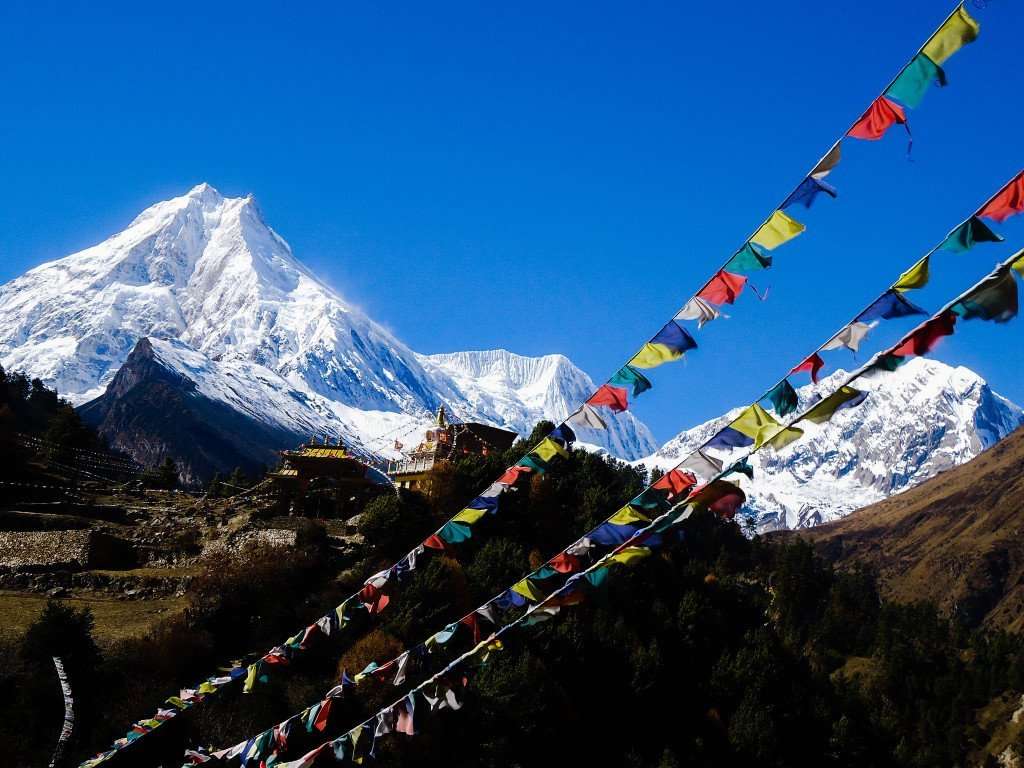 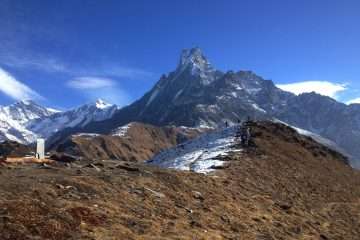 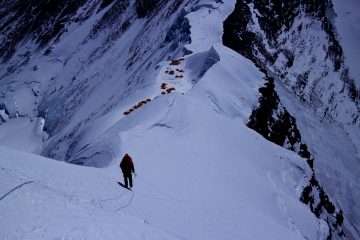 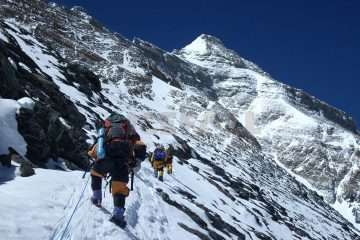 The Lobuche Peak lies in the beautiful
24 days
Extreme
$2,200
One tour per person
Early Bird!