For many years Tsum valley has also been remote. It has been available to foreign travelers since 2008. The local population has, therefore, authentically maintained its Buddhist culture religion, and architecture. The Tsum Valley Trekking provides exquisite Himalayan views, such as the ranges of Ganesh, Siringi, and Buddha Himal. Tsum comes from the word Tsombo; the meaning is colorful. Besides that, decorated with flags of prayer, Tsortens, and mani walls make this Trek worthwhile. The entire circuit is due to the stunning views that can see throughout the route. This trail is challenging, with less traffic that remains untouched by the realms of modernization and urbanization. It is the Tsum valley, rather than an open-air pilgrimage trek.

In the earlier times, the Tsum Valley Trek was a contemplation and regeneration site. This region’s history is evident through the thousands of stone carvings of ancient inscriptions. It can see all the way; besides, in the Tsum Valley, wildlife like the Himalayan Thar and blue sheep are abundantly visible among all the others. For those people who wish to observe the unique cultures and traditions of these locals, Tsum Valley Trek is highly recommendable. Likewise, if you prefer to do both Tsum Valley with Manaslu Circuit Trek, it takes at least 3-weeks for a whole circuit.

Highlights of the trails insight

The Tsum Valley is relatively untouched and has an unmatched culture than others in Nepal
Visit Mu Gumpa very ancient monastery with spectacular scenery sorrounding
Visit various choruses, monasteries, and Gompas, representing the direct influence of Tibetan Buddhism
Trek through the subtropical forest at lower elevations, to the foothills of the Himalayas and this region’s most fabulous viewpoint
Spectacular scenery, really admirable and a lifetime experience
Explore isolated valley consisting pure traditional culture

Tailor your holiday with help from a local travel specialist that matches your requirements.

Arughat Bazaar is the beginning of a Tsum Valley Trekking as it passes the charming villages to Mu Gompa. The trail continues along the Manaslu trek, while the route separates from Ekle Bhatti. Then it goes to Lokpa, climbs Mu Gompa, and passes through the small villages. These valleys are followed with knowledge of the region’s unusual landscape and Buddhist influences. A side trip to the Ganesh Himal Base camp rewards spectacular views, while you can see the Ganesh Himal scenery and other sister peaks. In fact, on the way to Manaslu Circuit Trek, the Trek will expand until you reach two valleys in a single excursion. Acclimatization is, therefore, necessary to carry out the Trek, and a good physique is mandatory.

Upon arrival at Kathmandu, you will greet and welcome by our agency’s representative in front of the Arrival gate with a Display board of Himalayan Exploration Treks then transfer to your Hotel.
2

During the free day in Kathmandu, you may have a chance to visit the heritage site of Kathmandu valley, followed by a pre-trip departure meeting regarding upcoming trekking peak climbing where you meet trek guide and other team members. They will brief you about the team formation, equipment and nature of peak climbing and other necessary information
3

The day of the departure to the Arughat is by local bus. A regarding drive through the countryside of Nepal will enjoy the mountain scenery, forests, beautiful landscapes, and villages and get Arughat in the late afternoon.
4

On the First Day of the trek, walking through the new construction rough road to Sotikhola. Then we cross a bridge trek through the forests along the Budi Gandaki River passing by several villages, rice fields, and waterfalls, and get Labu Bensi.
5

After breakfast, we will depart for Doban following the same river passing through several villages and crossing over the bridge several times in the same river along the trail.
6

As we arrive at Jagat stop for checking permit and cross a bridge walk along the bank of the river with an easy trail. Finally, cross a bridge over Budi Gandaki and climbs up to Philim village.
7

As usual as other days, after breakfast the trail leads an easy trail up to the Ekle Bhatti a junction to go Manaslu circuit trek and Tsum Valley Trek, We catch up right side way to get to the village of Lokpa which is considered as lower Tsum
8

The trail goes gradually ascends through pine forest and cross suspension bridges over the stream; enjoy a great view of Ganesh Himal and get Chhekangparo.
10

The trail goes gradually uphill walk to the west bank of the valley in barren landscapes. We are very near to the Tibet border when we arrive in Mu Gompa.
12

The whole day, we spent to visit Mu Gompa area. There is the largest monastery in the valley. The monastery is situated on top of the Tsum valley afterward there is no settlement remains only a barren Tibetan plateau.
13

After excursion Mu Gumpa we descend back to the same trail followed by shiar Khola Phurbe then turn away to Rachen Gompa just opposite the site of Lama Gaon.
14

The trail comes up to Phurbe then crosses a bridge to get Lama Gaon and the same way to Chumling.
15

It’s the same way down to Philim while we are ascending.
16

Same way back to Khorlabensi while we ascending
17

This is a scenic drive passing through several villages, rice fields, vegetation, the river as well as beautiful mountains and getting to Kathmandu in the afternoon.
20

Prices quoted and payable only in (US$ dollars). All prices published on our website set as low as possible. The prices may vary due to currency fluctuation, fuel prices, and unforeseen economic circumstances. But, we guarantee our prices which already signed up for your tour. Please consult us for a custom quote.

Is the water at Manaslu Tsum Valley Trek safe to drink?

No, you are not allowed to drink water from the direct tap or streams on the Manaslu Tsum Valley. But you can also use a purifier or SteriPen. It is expensive to buy water (maybe ten times the cost of purchasing water in Kathmandu). 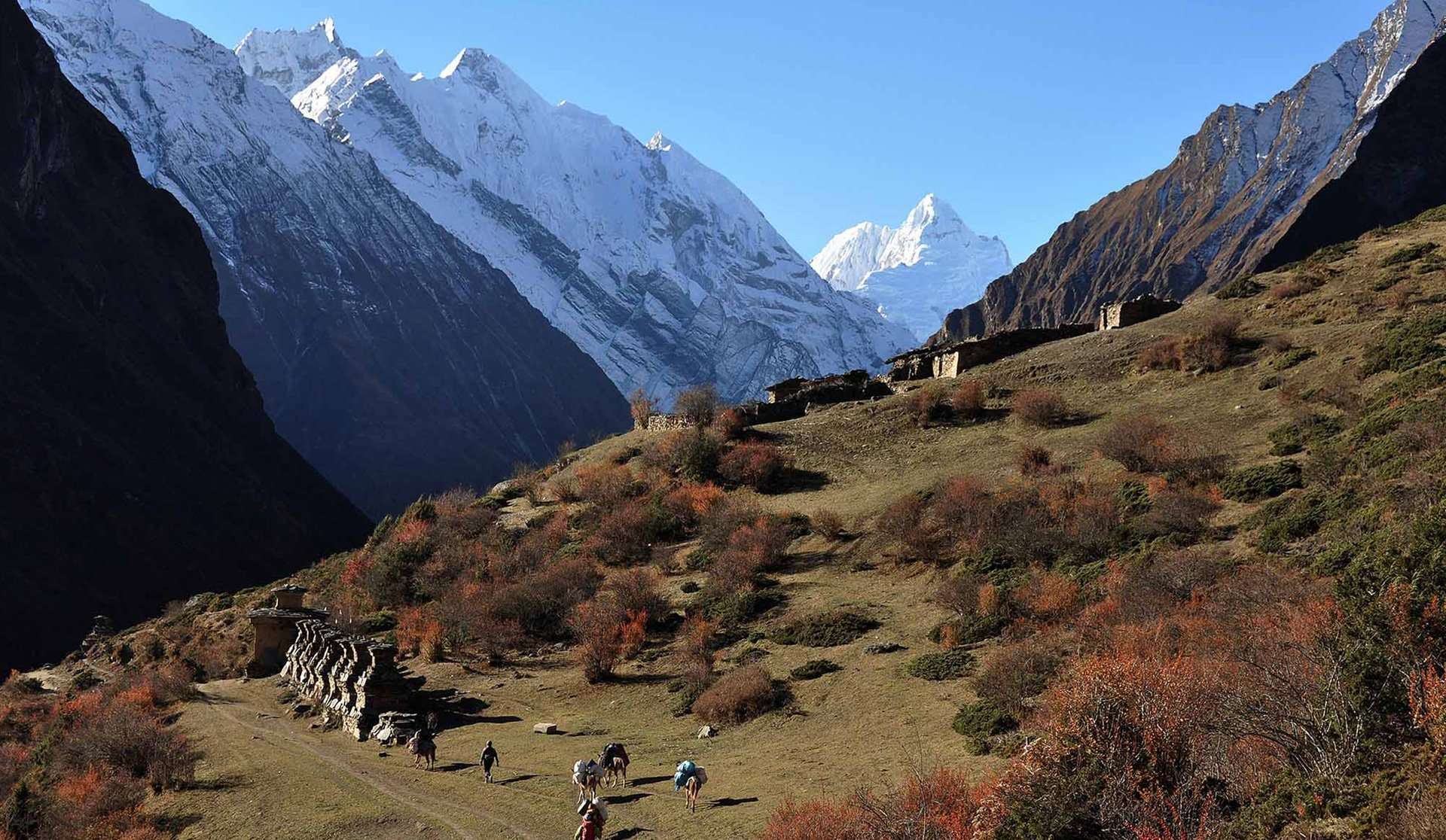 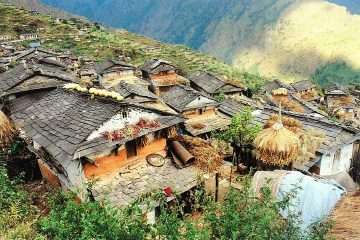 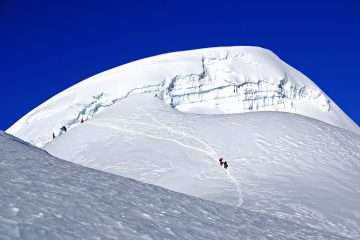 Mera Peak Climbing and trekking is one
19 days
Extreme 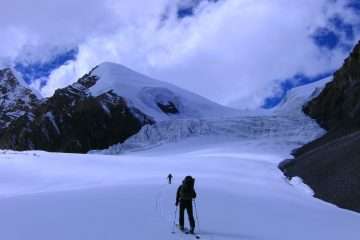 The Saribung pass is situated in the
25 days
Extreme
$980
One tour per person
Early Bird!